THE VENERATION OF (IM)PERMANENCE

From kabuki to geisha and tea ceremony, from Shinto shrines to Buddhist philosophy, from Zen gardens to bathhouses, and from maid cafes and host clubs to karaoke: Japanese culture is rich, unique, and can seem full of contradictions to the Western visitor. On our journey, we want to dive into this uniqueness, explore the juxtapositions of seemingly contradictory aspects and bring Japanese culture closer to you by letting representatives and fans of these cultural traditions speak for themselves. We aim to be "a camera with its shutter open, quite passive, recording, not thinking. [...] Some day, all this will have to be developed, carefully printed, fixed." Christopher Isherwood, Goodbye to Berlin

With our background in theater, we're especially interested in learning more about Japanese theatrical traditions such as kabuki and bunraku, which leads us to our main project.

Floating Worlds - The Veneration of (Im)permanence

The fascination of transience and perfection as something so elusive that it becomes eternally unreachable is deeply rooted in Japanese culture. The symbolic power of the cherry blossom, beautiful precisely because its beauty is so fleeting and ephemeral, embodies the idea behind mono no aware, a concept remotely related to the German feeling of Weltschmerz. Ukiyo-e, or "pictures of the floating world" capture these fleeting moments – not to encourage drowning in afterworldly fatalism, but to call upon their viewers to appreciate life in the here and now.

There are further examples of these floating worlds to be found in Japan's traditional and modern arts and culture – floating in-between embracing impermanence and yearning to reach beyond and overcome the boundaries of the humanly possible to eventually, maybe, find eternal beauty somewhere, after all.

This project's aim is to explore and document these boundaries and the space in-between on film. In doing so, we are especially interested in the idealization of reality by means of stylization and the continuous presence of gender-bending in Japanese theater and entertainment.

On our journey, we hope for a chance and possibility to talk to connoisseurs, fans, and representatives of different Japanese theater and cultural traditions, enabling us to make the attraction of impermanence and elusiveness more tangible for others and ourselves.

Throughout history, social conventions and taboos have led to the emergence of theatrical traditions where men would impersonate women on stage all over the world. The number of male actors playing female roles, however, has decreased significantly in European theater since the 17. century where, today, "crossplay" on stage is mostly used for comical or humorous effects. With kabuki, Japan, on the other hand, still possesses an important and internationally renowned theatrical tradition in which all roles, male and female, are portrayed by men in a highly stylized way. As a modern and somewhat contrary counterpart, the Takarazuka Revue, a famous musical theater troupe, consists of only female actors performing the roles of female and male characters alike.

What is the reason behind this perpetual attraction of the blurring and crossing of gender roles, and why did gender bending not persist on European stages in similar fashion? While trying to look for answers to these questions, we also want to explore how artistic professions rooted in respecting and embodying gender roles such as the geisha might pose a possible contradiction to this image of floating boundaries and polarities.

Part 2: The Attraction of the Unreachable and the Illusion of Love

There are many myths and misconceptions surrounding the profession of the geisha in the western world. While we might have to address those at the sidelines, we are mostly interested in learning more about the karyūkai, "the flower and willow world", a different reality, separated from time, in which the geisha reside. Within this timeless space, they act as guardians and protectors of traditional Japanese arts, which they perform for a (mostly male) audience. Although this is a very exclusive world, we hope to be able to take a look behind the curtain.

There is another line of work in Japanese entertainment shrouded in misconceptions, a line of work trading in dreams instead of traditional arts: dreams of being cared for, being worshipped as a princess, and dreams of true love. Host clubs and butler cafes cater to these dreams of their (female) customers and fulfill them – for a time, and for a considerable amount of money. Sex is never part of the equation, which leaves us asking: What makes the ritualized courting so exciting and fascinating?

Ritualization is of equal importance in the last focus of our project. In bunraku, Japan's traditional puppet theater, the almost life-sized puppets are moved by three puppeteers simultaneously. Dressed in black, these puppeteers remain visible on stage throughout the whole performance while being actively ignored and faded out by the audience. According to the Awaji Ningyō Jōruri bunrako theater's website, "if operated by skilled puppeteers, a puppet can create a beautiful and strong expression which looks sometimes more 'real' than a human being." Greater truth through imitation – how is this truth achieved? And why does it come to be? We hope to discover this for ourselves. 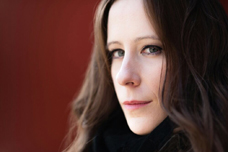 Daniela is a German actress, singer, and voice actress. She is currently enrolled in university, majoring in cultural studies. Her experiences with German theater will provide the backdrop for our journey into some of Japan's most famous theater and entertainment forms. 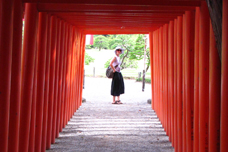 Anne is a travel writer and English to German translator. She majored in theater and media studies and is currently learning Japanese. Accompanied by her Canon 5D Mark II and Merlin Steadicam, she will be the woman behind the camera on our journey.

We look forward to receiving your message.